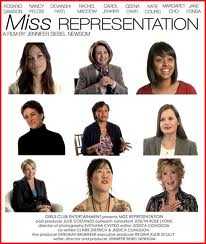 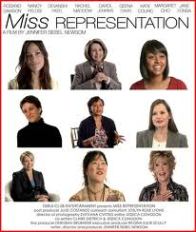 (Lenox, MA – February 21, 2012) – The Berkshire Festival of Women Writers will feature a new documentary Miss Representation at the Simon’s Rock Lecture Center on Wednesday, March 14 at 7pm. The film will be followed by a panel discussion. Miss Representation is an expose on how American mainstream media contributes to the under-representation of women in positions of power and influence, and the perception that women’s worth lies more in youth, beauty, and sexuality than in leadership capacity.

San Francisco-based director Jennifer Siebel Newsom comments, “We’re instigating and re-instigating a dialogue that needs to be raised because much of the media continues to send young people really dangerous messages.” Siebel Newsom who has a 16-month-old daughter continues, “I want my daughter to grow up in a world where there’s less violence towards women, more respect, equality.”

The movie features interviews with leading women in many fields including Condoleezza Rice, Nancy Pelosi, Katie Couric, Rachel Maddow, and Gloria Steinem; first-hand stories from teenagers and young women; and often surprising statistics on women in leadership positions in America today. After premiering at the 2011 Sundance Festival to great acclaim, Miss Representation was highlighted as one of the top 50 best things to happen to women in 2011 by the Huffington Post.

The screening will be followed by a panel discussion with four speakers:  Dr. Elizabeth Debold – a researcher and consultant specializing in higher order human development, cultural evolution, and gender. A founding member of the Harvard Project on Women’s Psychology and Girls’ Development, Dr. Debold is co-author of the bestselling book, Mother Daughter Revolution: From Good Girls to Great Women; Dr. Kristine Barnett – Assistant Dean for the College of Arts and Sciences and Director of Women as Empowered Learners and Leaders (WELL) at Bay Path College in Longmeadow, MA; Gabrielle Senza – Berkshire-based multi-media artist and activist, and former adjunct professor at Simon’s Rock, Cooper Union, IS183 and Mass MoCA. Senza is the founder of The Red Collaborative, a national grassroots organization empowering survivors of abuse through collaborative public art projects; and Maura R. O’Connor – freelance foreign correspondent and magazine journalist whose work has appeared in the Columbia Journalism Review, Guernica, Slate, NPR, The Daily, Miller-McCune, The New York Post and TIME.com. O’Connor is a graduate of Simon’s Rock.

The screening and panel discussion will be held at the Lecture Center at Bard College at Simon’s Rock in Great Barrington on Wednesday, March 14 from 7-9:30pm. Suggested donation: $5.

“A documentary that will spur questions and conversations, one that could inspire and change lives.”