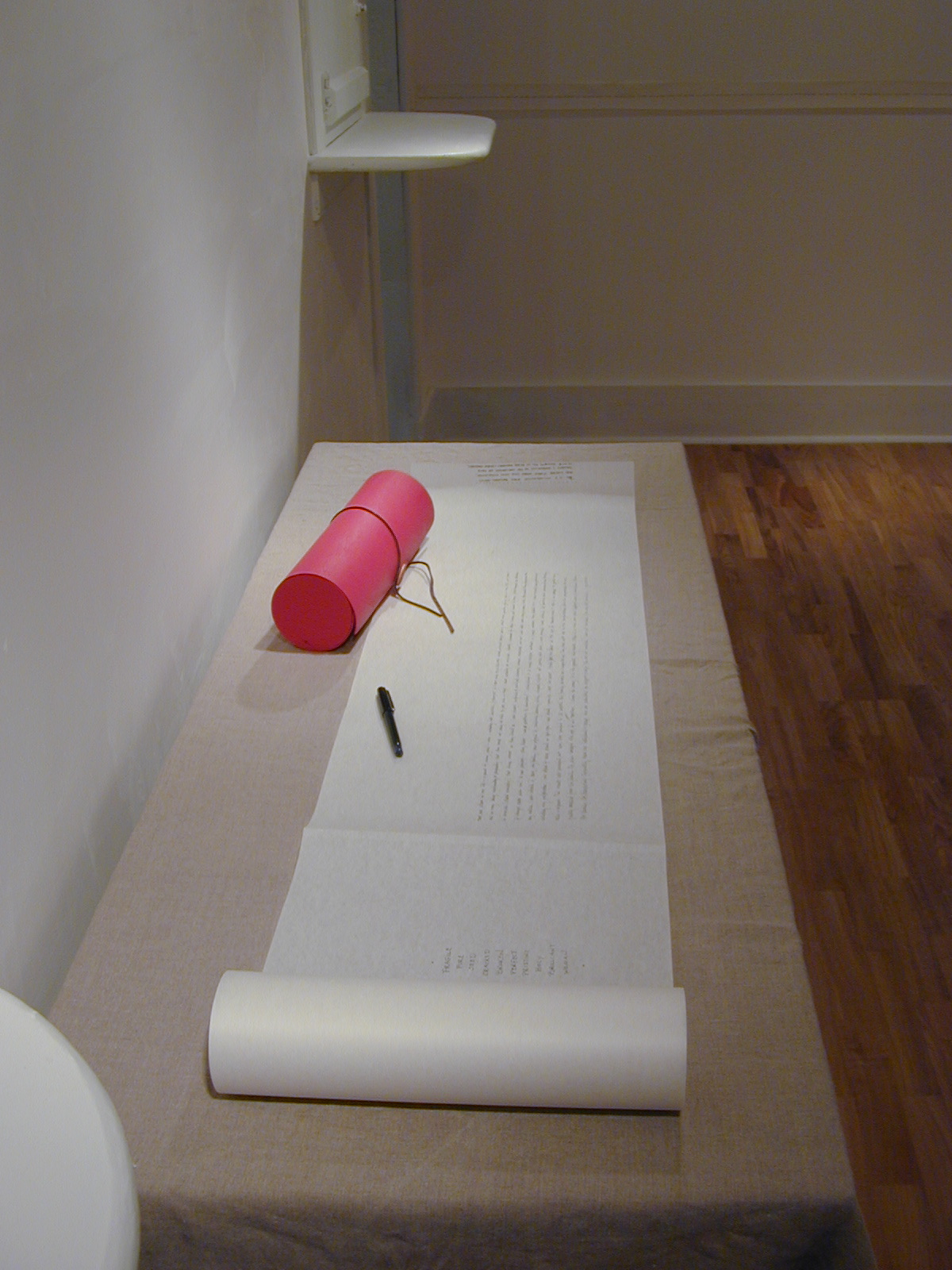 On that piece of paper I shared one of my deepest, most shameful secrets about childhood sexual assault.  The night before the opening, I considered cutting that portion of the scroll off and choosing to exhibit it blank instead.  Struggling with the fear of what I imagined the experience would feel like if I went ahead and exhibited the scroll (something akin to standing stark naked in the gallery during the opening reception, completely vulnerable, open and scared) I agonized for hours over what to do.

Since that time The Collaborative Scroll has travelled to dozens of locations, has grown to more than 20 feet long, and now contains hundreds of entries by people who have come upon it at events and exhibitions.

In 2002 I received a Public Interest Grant from the Puffin Foundation to create The Online Collaborative Revelations Scroll, enabling me to make an electronic version of the scroll available to thousands of people around the world via the internet.  In addition to references to personal trauma, great remorse and tragedy, there are also expressions of gratitude, release and joy.

It is a step I never regretted taking.